GoodNites Bed Mats are a disposable waterproof sheet. This is used on a bad to help keep it dry. Kimberly-Clark tested the product to see if it would be well received. As a result the answer was a resounding yes! After release, sales continued to grow. Now they can now be found in almost every grocery store and pharmacy across the United States. Both GoodNites Underpants and GoodNites Bed Mats are FSA (Flexible Spending Account) eligible by most plans. Because of this, parents can save money.

Jen Wilder, brand director for GoodNites at Kimberly Clark says, “The GoodNites Bed Mats product was inspired by feedback we received from parents who wanted an alternative to disposable garments. To have Bed Mats recognized and endorsed by American consumers and Product of the Year USA only reinforces how much we value the product, and more importantly, the positive impact it makes in providing a better night’s rest for parent and child.”

Product of the Year is the world’s largest consumer-voted product award. It celebrates innovation and consumer confidence in consumer packaged goods. The company annually asks tens of thousands of U.S. shoppers to judge products. 2013 winners were published in the February 10 issue of PARADE magazine.

GoodNites bed mats come with one side being absorbent. The other side is the plastic, waterproof side. Sticky squares are on each corner. These stick to to the fitted sheet on the bed. Because these squares are very strong, they stay put even through active nights. However, sometimes they leave a residue behind.

Where To Find GoodNites Bed Mats

They can be found in nearly every major department stores such as Wal-Mart, Target, KMart and others.  Also, they can also be found in many pharmacies such as Walgreens and also on Amazon.com below. In conclusion, they offer a great way to protect the bed wither with or without using disposable underpants. 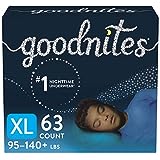 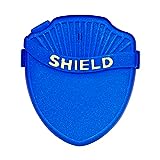